How to solve common redox questions

This is considered quite a common redox question.

Firstly, what do you need to know? And how to apply what you know to solve this question?

Basic knowledge of common oxidizing and reducing agents. Look up your lecture notes, there should be a table of common O.A. and R.A. together with their respective products. This will allow you to identify which is the oxidizing/reducing agent.

You will also need to calculating the reacting mole ratio between the O.A. and R.A. However, in this particular question, the reacting ratio is given. 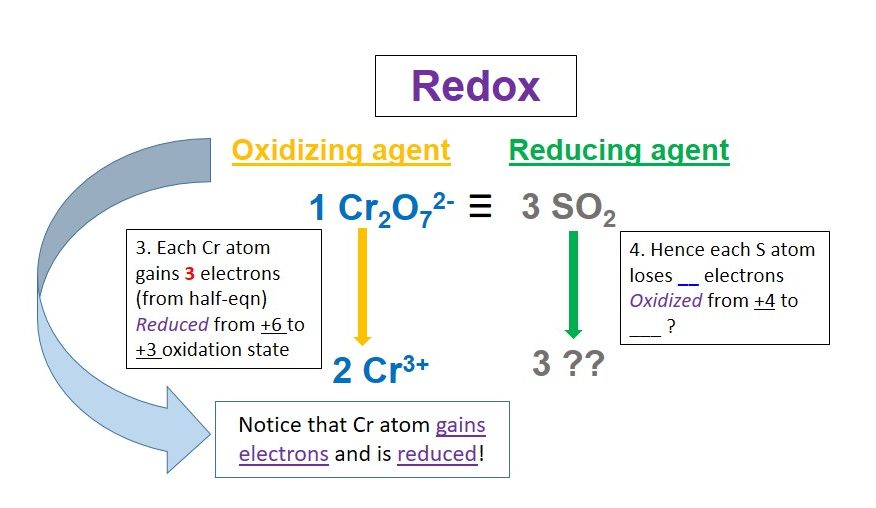 Electron transfer is the main concept in Redox.

All electrons lost are equal to the electrons gained. 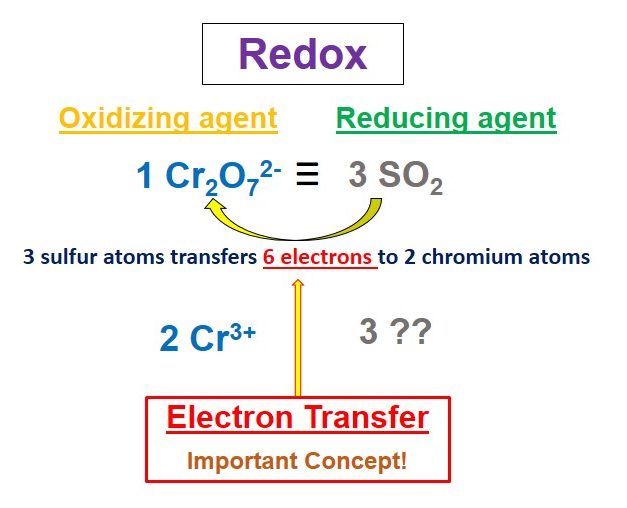 Once we know 6 electrons are gained by the two Chromium atoms, we can deduce that the three sulfur atoms lost 6 electrons.

Therefore, each sulfur atom would have lost 2 electrons and gained +2 oxidation state. 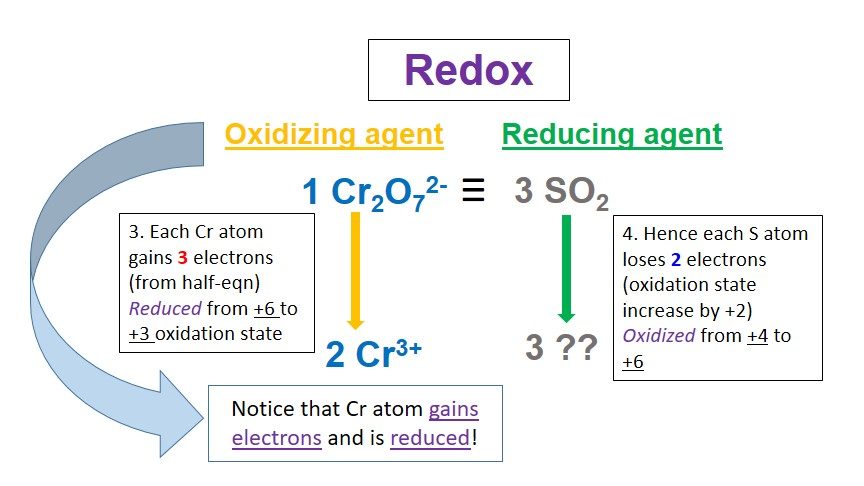